The Lowell Celebrates Kerouac festival was an eventful weekend this past October, filled with more Jack Kerouac than you could ever hope for. I was invited to come up and represent the Kerouac House, both as a past writer-in-residence and as a member of the board of directors.

I showed up on Thursday and spent that day and all day Friday judging poetry, giving a talk about the Kerouac house, and even reading one of my pieces with David Amram playing keyboards behind me (You can read it here.)

But I had one more day to go. Here’s how it went down.

I head back to Brew’d Awakenings for breakfast, to get some writing done, and to wait for my next event. I don’t really have anything going on until the afternoon, so I meander around downtown Lowell for a while, enjoying the crisp fall air.

Unfortunately, I miss the Traditional Jazz Funeral at 9:00 that morning, which commemorated the 50th anniversary of Jack’s death. I heard from a few people that it was very moving. And it’s nice to know that even after he left, his hometown still loved him and wanted to honor him.

Next, I head to Cathy Cassady Sylvia’s talk at Pollard Library. I don’t get there in time to get a good seat, so I stand in the back for the duration. While I had half-filled the room yesterday, Cathy packs it out today; people are standing all along the back and side walls to hear about her famous dad and remarkable mom. She has given 10 talks in nearly four weeks in Michigan, New York, Bennington, VT and Lowell, MA.

Cathy Cassady Sylvia speaking about her mom and dad, Carolyn and Neal Cassady

Cathy’s dad, Neal Cassady, was Jack’s best friend, and she says when she was a little girl, Jack used to come to Neal’s house, play with her and tell her stories. Cathy tells us about her mom, Carolyn, who had an affair with Jack. Carolyn used to get so irritated with journalists who said, “the only reason people want to speak with me is because of who I slept with.”

It turns out Carolyn was quite the prolific writer herself. She wrote , as well as many other unseen and unpublished works; Cathy says she has made it her mission to make sure these books see the light of day.

When her talk is over, I try to drag David over to the Lowell National Historic Park Visitors Center for Nancy Fox’s lecture, “Jack Kerouac: Fifty Years Later.” Except trying to get David to leave a place where people want to talk to him is like trying to corral a little kid in a toy store: There’s always one more thing to see, one more person to talk to, one more, one more, just a minute.

I finally get him out the door and we pile into my car and head over to the Visitor Center. Unfortunately, we get there too late to find any seats. And since this is a national park, they’re sticklers for the rules and we can’t just stand along the back — fire codes, of course. Fortunately, there’s one seat left, and since I’m supposed to give a response to Nancy Fox’s presentation, David insists that I take it.

I’m actually the most nervous about this talk, because Nancy Fox is an academic who spent most of her career studying Jack. I’m just some guy who lived in his old house for three months. Still, I’ve been thinking about what I want to say for a few weeks, and I scribble some notes in my trusty Moleskine as I listen to Nancy.

When it’s my turn, I talk about how much I’ve enjoyed the Lowell Celebrates Kerouac weekend and how it’s been great to see so many people work to keep Jack and his legacy alive. There are times throughout the year that I meet people who don’t know who Jack is, and can’t pronounce his last name when they read my bio at other talks. So having a whole city celebrating Jack is a wonderful experience, and it does my heart good.

I talk about how people like Charlie Shuttleworth and former Kerouac board member and Orlando’s first poet laureate Susan Lilly teach about Jack in their high school English classes.

And I talk about the difficulty we Kerouackians face in trying to help younger readers separate Jack the misogynist from Jack the author, and how his teachers and supporters have to keep their balance on that tightrope very carefully.

From there, it’s off to the Annual Jack Kerouac Open Mic, emceed by local poet Dan Bacon. The event is held upstairs at The Worthen House Cafe, which is Lowell’s oldest tavern. The place was built in 1834. I finally get to eat lunch, and the burger tastes great. 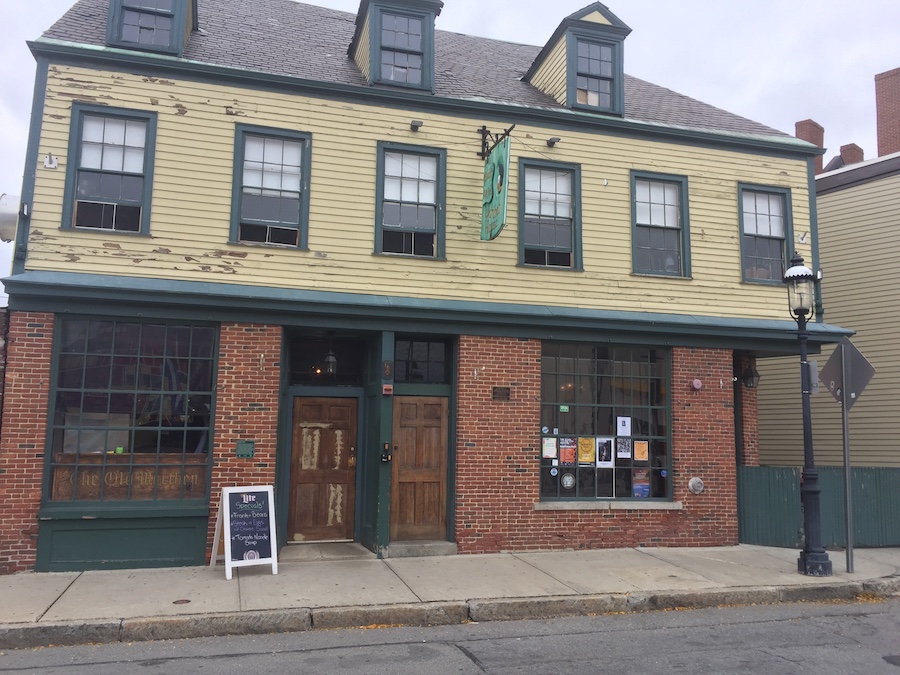 I read one of my humor columns, If You’re Looking for Love, Try Google, and I realize this is my first open mic outside the state of Florida. That feels good, and I try to savor the moment as much as I can. 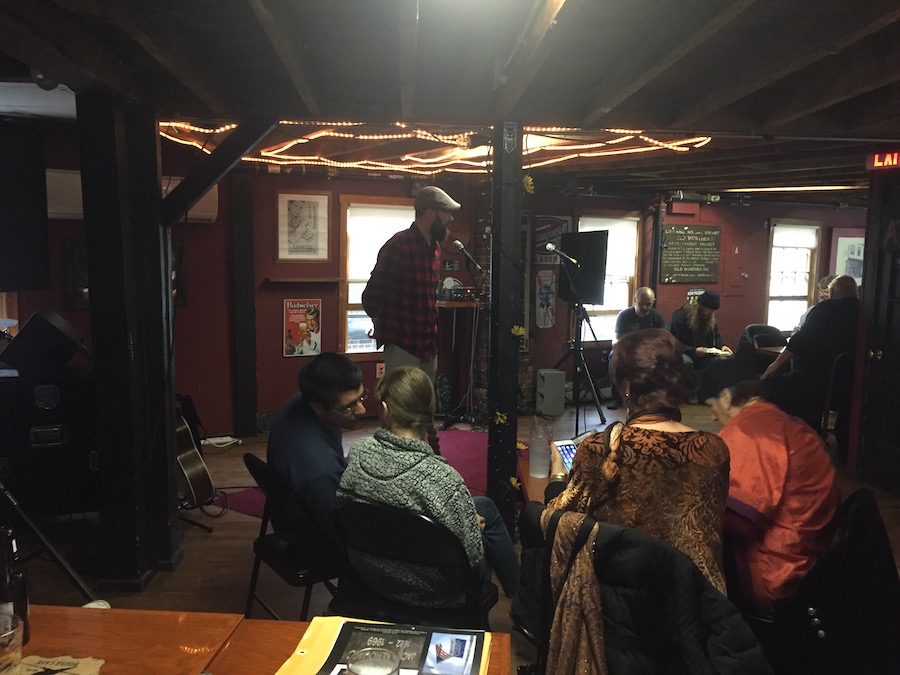 As the event ends, I know I have an early morning, which means an early bedtime. I wish my new friends farewell and share my hopes to return next year. I go back to the hotel, sneak out later for dinner, and then pack for the night.

Sunday morning, I make it back to the car rental, and then the airport, without any difficulty, and I’m back in Orlando by noon. Everything is warm and sunny, and my fall clothes are packed away until that two week chilly period that is Florida’s “winter.”

That’s when I’ll put on my flannel shirt, walk back to Jack’s house, and stand in his bedroom.