From time to time, different Kerouac House alumni will write in and tell us what they’ve been up to, or how their residency helped prepare them for the writing life. This month, we hear from Winter 2006-07 resident, Darlyn Finch Kuhn.

My experience was unique because I was already living and working in Orlando, where the Kerouac House is located. Unlike writers from around the United States (and the globe), I simply packed a suitcase and drove from Avalon Park to College Park to move in. 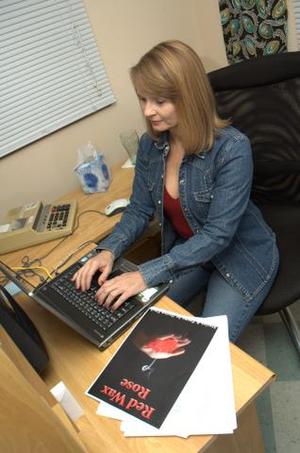 I was going through a divorce, working on my Spalding University MFA, and had started a new full-time job, so I kept going to work on the weekdays, unlike most K-house writers who have the luxury of uninterrupted writing time. I kept to my usual practice of writing before and after work and on weekends. So what had changed? Not much. And everything.

You see, I had been selected. The Kerouac House’s selection committee had read almost two hundred submissions from around the world and had awarded residencies to four of us. I was the first Orlando writer to be chosen. And there was no way in Hell I was going to let that committee, or my adopted city, down. If they thought I was a legit writer, a legit writer I would be.

So, write I did. Deadlines for my MFA work helped me focus. Short stories I’d been working on were refined. Poems emerged, full-blown, to be whittled down to their essence. Jack’s spirit whispered words of encouragement. Fellaheen….

The result of the three month writing and revising push was the publication of my first short story/poetry collection, Red Wax Rose, by Shady Lane Press. A dream realized.

And there was Brad. I had been badly burned by men, had no interest in romance, and yet…. The house and our courtship are inextricably linked, the magic of the place amplified by the love we two writers found and nourished there. The love outlasted my three-month residency, and five years later we married on the front porch of Jack’s house before honeymooning in Rome and Tuscany.

Before we married, we lived apart and communicated through poetry. Love poems, fight poems, make-up poems, poems our daughters and parents blushed to read. We compiled a hundred or so into our novella-in-verse, Three Houses. Which three houses? His. Mine. Jack’s.

The confidence gained at the Kerouac House enabled me to finally write my novel, Sewing Holes, published in 2015 by Twisted Road Publications, of Tallahassee. 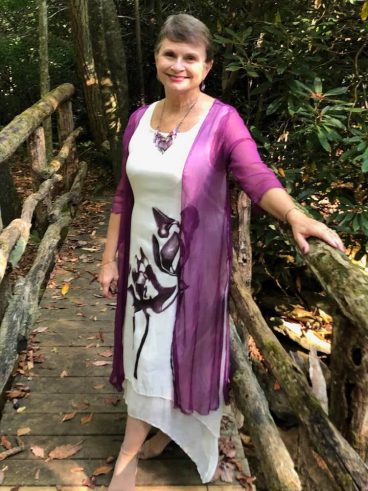 We moved out of Orlando, leaving our friends and hearts behind, when my mother fell seriously ill, in 2017. We found a small rental near the Jacksonville house I grew up in, so we could care for her. After her death, a mystical evening at the beach on Sister’s Creek, involving a sunset and roseate spoonbills, helped us decide to stay, so we bought our current home at the confluence of the Trout and Ribault rivers, in a place we’ve named River of Grass.

Here, Brad co-wrote his latest book, Dirty Work: The untold story of my secret mission to steal back TWA Flight 847 from Hezbollah.

Brad and I work hard. We own a content-producing PR company, Brad Kuhn & Associates, with clients from Florida, Oklahoma, and California. I work in the Communication Department administration at FSCJ and teach a journalism lab at UNF. And for the past three years, Brad and I have directed the JaxbyJax Literary Arts Festival, a celebration of Jacksonville writers writing Jacksonville.

This year, due to the COVID-19 pandemic, the festival will take the form of a documentary film, which we’re producing together, one masked-and-gloved-and-sanitized segment at a time. We like to think Jack would be proud.