The following article was written by Janna Benge, president of the Kerouac Project of Orlando.

Here at the Kerouac Project of Orlando, we take pride in following and celebrating the successes of our past writers-in-residence. To that end, let me introduce to you Lily Brooks-Dalton, our winter 2016–2017 resident. Lily spent three months living and writing in Kerouac House on the corner of Clouser Avenue and Shady Lane in College Park. When she applied for the residency in early 2016, she had just completed her second book, a novel titled Good Morning Midnight, which was published in August 2016. 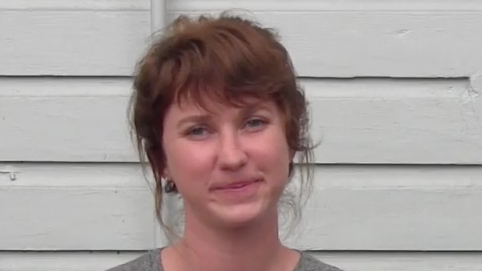 As President of the Kerouac Project, I got to know Lily. What I came to admire most about her as a writer was her fearless commitment to push herself to innovate in her work. Having had two previous books published, her memoir Motorcycles I’ve Loved and her novel, she came to us with a new and ambitious idea in mind for her next book. As Lily worked on it, she spoke openly about how she couldn’t yet find the way to make her idea fully work, yet she continued experimenting, regardless of where the journey led until she found the way to make her idea work. Her focus and determination were remarkable.

Fast forward two years, and we received word from Lily that Good Morning Midnight is being made into a Netflix movie directed by George Clooney, who also plays the lead.

When announcing the project, Scott Stuber, head of Netflix’s film division said, “Having known and worked with George for over two decades, I can’t think of anyone better to bring this amazing story to life. The book is powerful and moving, and Mark’s [screen] adaptation is beautifully written. At its core, this is a story about human nature, and one that I know our global audiences will fall in love with, just like I did when I read it.”

The movie version of Good Morning Midnight will be released on Dec. 23rd 2020.

In the meantime, you can watch an interview Lily Brooks-Dalton gave at the Kerouac House, along with the reading she did at the end of her residency. You can also listen to an extended interview with Lily by Dr. John King (a Kerouac Project board member) for his “The Drunken Odyssey” literary podcast. You will find these by going to the Watch page on our website. There you can click on the links beneath Lily’s picture. On the website, you can also learn about the current writer-in-residence and upcoming public events at the Kerouac House.