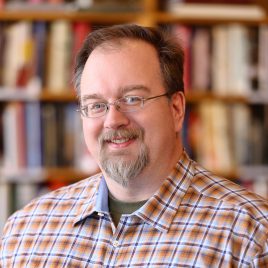 Erik Deckers was the Spring 2016 writer-in-residence at the Kerouac House. He is a proud graduate of Ball State University, earning his B.S. in Philosophy and M.A. in College Student Personnel Administration.

Erik moved to Orlando in 2015, after spending his entire life in Indiana. He owns a content marketing agency and has worked in sales and marketing for nearly 27 years, as well as spending a couple of years handling crisis communication for the Indiana State Department of Health.

Erik has co-authored four books on social media marketing, including Branding Yourself and No Bullshit Social Media, as well as his first novel, Mackinac Island Nation, the first chapter of which was his submission for his Kerouac residency.

Erik is married to Toni, a local jazz singer and actor, and they have three children, Maddie, Emma, and Ben. 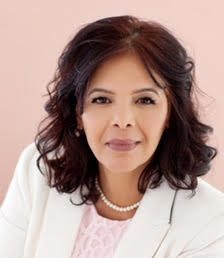 Mona El Alaoui’s professional experience includes both non-profit and private sector positions with such multinational and world-renowned organizations as UNICEF, Procter & Gamble, Beiersdorf, and Johnson Wax. She has lived in over 14 different countries and created sustainable, lasting relationships with men and women from over 75 countries as a true citizen of the world

Mona’s work with UNICEF provided her the opportunity to create marketing and business development strategies that heightened the organization’s profile and offerings on a global scale. In a 6+-year tenure with Procter & Gamble, her contributions as a Senior Brand Manager, Brand Manager, and Consultant resulted in dramatic sales and market share growth for key product offerings, as well as a substantial turnaround for a previously declining business.

Mona graduated with a Bachelor of Business Administration degree from the American University of Beirut in Lebanon. Her professional training is extensive, her business experience runs deep, and she brings a coach’s heart to the Kerouac Board!

Jeffrey Rembert is a freelance writer, editor and public relations executive and serves as Associate Editor for FORWARD Florida magazine. He has worked for daily newspapers, local and trade magazines and corporate communications firms in the sports, agriculture, hospitality, real estate and finance sectors. He’s a graduate of Texas Tech University, earning a B.A. in Journalism with a minor in Business Administration, and The University of Texas at Austin, earning a B.B.A. in Management with a concentration in Political Science.
He’s cofounder of the Orlando writers group, Writers of Central Florida or Thereabouts, and produces open mics, comedy shows and performance workshops through Going Yard Productions. He also works in the commercial mortgage banking field, contributes to online publications and counsels writers independently and through the Florida Writers Association. He was a lieutenant on the Will Rogers Elementary School safety patrol, played Patrick Henry on stage in second grade and is a fifth-generation Texan. So, he talks funny when he drinks.
Some of Jeffrey’s work can be found at www.jeffrembert.com and www.forwardflorida.com. WOCFOT can be found on Facebook and Meet Up. He is married to Elizabeth, a fundraiser for Advent Health, and has two daughters, Ashley and Brittany; one son-in-law, Greg; and one granddaughter, Ellie. 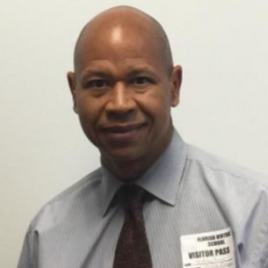 William C. Jones is a commercial relationship manager at SunTrust and has over 25 years of Institutional and Commercial banking experience.

William is actively involved in the Orlando community, currently serving on the Advisory Board of the Rollins College – Hamilton Holt School. Additionally, he serves on the Board of Directors as the Treasurer for the Jack Kerouac Project of Orlando, Inc. 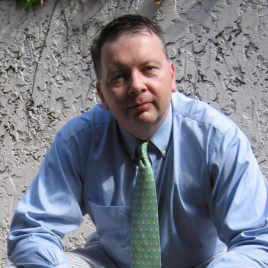 John King is the host of the creative writing podcast, The Drunken Odyssey, as featured on “best of” lists by Book Riot and The Millions. He holds an MFA in fiction writing from New York University, and a doctorate in English from Purdue University. His novel, Guy Psycho and the Ziggurat of Shame, was published by Beating Windward Press in 2019. John’s creative work also appears in the anthologies 15 Views of Orlando, Other Orlandos, and Condoms and Hot Tubs Don’t Mix, as well as in journals, such as Gargoyle, The Newer York, and Painted Bride Quarterly. His scholarly work has appeared in The Journal of Modern Literature, Twentieth Century Literature, The Journal of Film and Video, and others. He has reviewed theatrical performances for Shakespeare Bulletin. He has worked on the editorial staffs of both Washington Square and Sycamore Review. 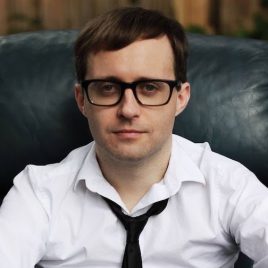 Brett Pribble is a teacher, writer, and editor. He moved to Orlando from the retirement home known as Sarasota after graduating high school. In the past few decades, he’s knocked on doors and volunteered for various progressives causes and organizations.

He’s taught creative writing at Full Sail University since 2006. There, he’s enjoyed helping young writers tap into their potential. His stories have appeared in such places as Stirring: A Literary Collection, decomP, Saw Palm, The Molotov Cocktail, Maudlin House, and Five of the Fifth. He is the editor-in-chief of Ghost Parachute, a flash fiction magazine.

Brett’s been on both the Board of Directors and Selection Committee of the Kerouac House since 2015. He works to bring synergy to the local writing community by bringing together residents and guests of the house, his students, and writers in artists in his magazine. 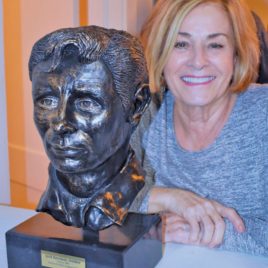 Barbara Ilvento-Fischler is a retired businesswoman and community volunteer who moved to Florida in 2010. Once she arrived, she dove right into College Park community life, getting elected to the College Park Board of Directors the following year.

She organized several Walking Tours of College Park Homes for a few years, before retiring and joining the College Park Art Center’s Board of Directors for two years.

She then joined the Kerouac Project Board of Directors in 2019 and has been a valuable addition to our organization.

Barbara is also a sculptor whose bust of Jack Kerouac greets every visitor who walks in the front door of the house. 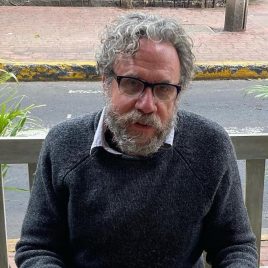