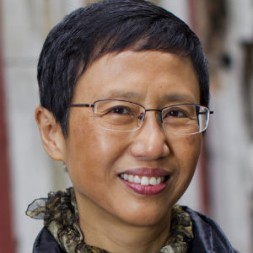 Xu Xi is the author of nine books of fiction & essays. Recent titles are ACCESS THIRTEEN TALES, the novel HABIT OF A FOREIGN SKY, a finalist for the Man Asian Literary Prize and and essay collection EVANESCENT ISLES. New and recent work appears in journals and anthologies in the U.S., U.K., Canada, Australia and Asia. She is also editor of four anthologies of Hong Kong literature in English. A transnational “third culture” writer, she long inhabited the flight path connecting New York, Hong Kong and the South Island of New Zealand, until her mother’s Alzheimer’s ended those peregrinations. She currently inhabits the flight path from a rooftop in Hong Kong to a PO in northern New York state, occasionally landing in The City with other feral pigeons. But what she really wants is just to go fishing. (Nov 2014) @xuxiwrtier, Facebook: xuxiwriter