Andrew is now raising kids in Washington D.C.
He is the host of Andy’s Podcaster Podcasting Podcast.
The comedy crime novel, Disorganized Crime, written during his residency at the Kerouac House in Orlando, is now available on Amazon. 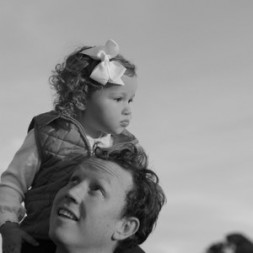 Jonathan Sanchez is a writer and book dealer in Charleston, S.C. A descendant of a Spanish Florida family, his parents are from Plant City, and he was born in Gainesville (1973). He grew up in Charlotte, N.C., where he attended West Charlotte High School. After graduating from Yale University, he worked briefly for the The Post and Courier newspaper in Charleston. He was a writer-in-residence at the Kerouac Project in the summer of 2003, and went on to found the Write of Summer camp for kids, the Poets in the Schools program at Burke High School and YALLFest, the Charleston Young Adult Book Festival. Since 2007, he has owned Blue Bicycle Books in Charleston. He is the husband of Lauren (Oller) Sanchez, a Winter Park girl, and the father of two (hopefully) book-loving kids.