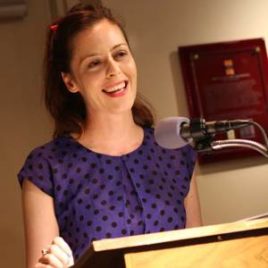 Annemarie is a poet from Donegal/Ireland.

A graduate of the M.Phil Creative Writing programme at The Oscar Wilde Centre Dublin, Annemarie’s writing has been published in Ireland and abroad. Some of the major publications featuring her work include: Poetry Ireland Review, The London Magazine. The Stinging Fly and The Chattahoochee Review

Annemarie has been awarded residencies by The Tyrone Guthrie Centre, Monaghan/Ireland, The Heinrich Böll Cottage, Achill/Ireland and the Cill Rialaig Arts Centre Kerry/Ireland. In 2014, she was a Literature Fellow at Akademie Schloss Solitude Stuttgart/Germany. She is a 2014/2015 member of The Good Hatchery, Offaly/Ireland.

Annemarie is a co-founder of the Upstart Collective Dublin/Ireland. 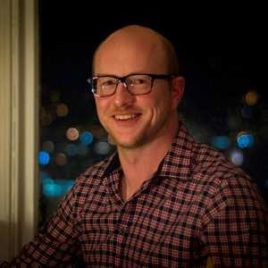 Robert Metcalf is a writer from Wellington, New Zealand. His short stories have recently appeared in JAAM and Takahe and he is currently working on his first novel The Slow Smoke of Burning. Robert’s principal interest is writing fiction, but he also writes poetry and non-fiction. His reviews have appeared in the Lumiere Reader. Robert recently completed an Honours degree in English Literature at Victoria University of Wellington. His critical interests include Romantic literature and Modernist fiction. 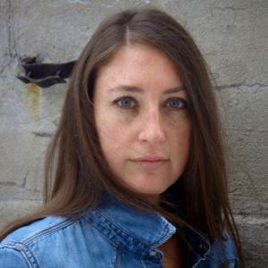 Ciara Shuttleworth was born in San Francisco and grew up in Nebraska, Nevada, and Washington state. Her work has been published in journals and anthologies, including Alaska Quarterly Review, The New Yorker, The Norton Introduction to Literature, 11e, and The Southern Review. Shuttleworth received an MFA in poetry from University of Idaho, a BFA in painting/drawing from San Francisco Art Intitute, and a BA in studio art from Gustavus Adolphus College. Her website is www.ciarashuttleworth.com. 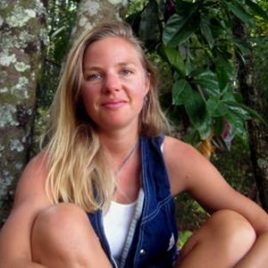 Michele Roldán-Shaw is an author/rambler based on the coast of South Carolina. She enjoys nature, solitude and drinking tea. For over a decade she has worked as a freelance journalist, at the same time self-publishing her own stories on a shoestring. In 2010 she started the Rambler’s Life Project, forsaking permanent residence in favor of adventure, art and living by the kindness of others. This resulted in two books chronicling road trips, campouts, and homestays with many wonderful people met along the way; she makes the books by hand and sells them online and out of her truck. In 2011 she learned Vipassana Meditation—an ancient technique taught by the Buddha for finding peaceful happiness and sharing it with others—and this practice now forms the underpinning of her life and work. Michele feels immensely grateful to be part of the Kerouac Project.