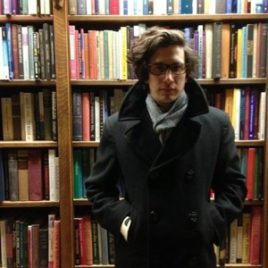 JC Sevcik is a writer trying to save the world from his (daylight) basement apartment. As a digital journalist, he’s covered US News for the Daily Dot and United Press International and likes to write about issues of equity and social justice, ubiquitous surveillance, the legalization of marijuana, politics, protestors, and the police state. His work has also appeared in the Stranger. He holds degrees in writing from Emerson and Goddard College. He lives in Seattle’s Central District with his guitars and his cat and takes long walks around the neighborhood with a mug of tea in his hand thinking about life, the universe, and everything. Co-founder of the Lit.mustest reading series at the Richard Hugo House, he also sits on the Seattle City of Literature board of directors. He’s currently finishing his first book, a memoir about his experience in the troubled teen industry. 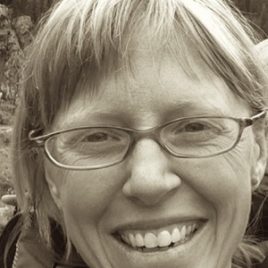 Sarah Viren has an MFA from the University of Iowa’s creative nonfiction program. Her poetry, prose, and translations have appeared in or are forthcoming from such magazines as AGNI, Guernica, the Colorado Review, Kenyon Review Online, The Normal School, and the Pinch literary journal, which awarded her its 2014 Creative Nonfiction Prize. Ploughshares Solos will publish her translation of the Argentine novela Cordoba Skies in spring 2016.

She lives with her wife, daughter, and dog Finn in West Texas, where she teaches literature and creative writing and works as the managing editor of Autumn Hill Books, a translation press, and the editor of M-Dash, a journal of literary translation. She is at work on a collection of essays. 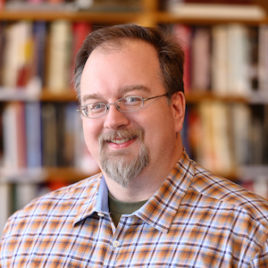 Erik Deckers is a humor writer originally from Indianapolis, who now finds himself in Orlando. He owns his own marketing agency, has been a newspaper humor columnist for over 20 years, has written several radio and stage plays, and is a corporate ghost blogger.

Erik is also a professional speaker, and teaches classes on personal branding and humor writing at conferences and writing centers.

Erik’s books have been translated into Spanish, German, French, Japanese, Polish, and Thai, but he’s keeping his fingers crossed for a Gaelic version of Branding Yourself. He has also been plagiarized by professional journalists on three separate occasions, two from Canada and one from the United States. He’s hoping America can dig deep and come up with at least one more plagiarist to send this thing into overtime.

When asked whether his work has appeared in any literary journals, he said, “once, last summer, but it was from Canada. You wouldn’t know it.”

Erik published his humor novel, Mackinac Island Nation in April 2019. This was the book he worked on while he was here; he even submitted Chapter 1 as part of his Kerouac application. 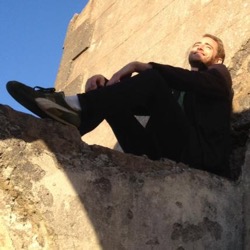 Ryler Dustin grew up in Bellingham, eighty miles north of Seattle, Washington. He has since lived in Houston, Madrid, and Lincoln, and toured the U.S. performing spoken word. He has been a finalist in the Individual World Poetry Slam and his poems appear in journals such as New South and The Portland Review. His book, Heavy Lead Birdsong, is available from Write Bloody Press. He holds an MFA degree from the University of Houston and is a current PhD candidate at the University of Nebraska—Lincoln, where teaches college-level and youth writing courses, and, true to his northwestern roots, still finds time to do yoga and go hiking. His interests include biology, sustainability, and how science complicates our need for spiritual awe.