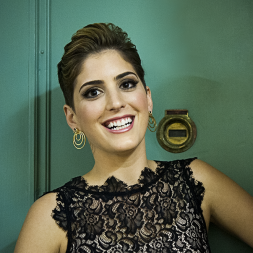 Suleika Jaouad is an essayist, journalist and health advocate. She is the author of the Life, Interrupted column and video series in the New York Times, which earned her a 2013 News & Documentary Emmy Award. Her first book, Between Two Kingdoms, is forthcoming from Random House. She has also written for the New York Times Magazine, NPR and Vogue. She earned her BA with highest honors from Princeton University. When she’s not on the road with her Volkswagen camper van and rescue mutt Oscar, she lives in New York City.

Sean Patrick Mulroy holds an MFA in Creative Writing: Poetry from the University of Wisconsin-Madison. A 2013 Lambda Literary Fellow, his poetry has been published, performed, and taught all over the world, in over 20 countries on 4 continents. He is currently working on several projects, including a full-length poetry manuscript and his first novel. 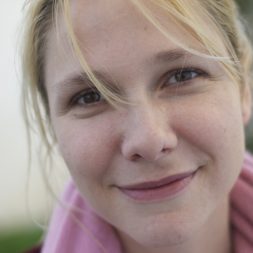 Laura Lee Bahr is the author of two novels, Haunt (Fungasm Press, Wonderland Book Award winner) and Long-Form Religious Porn. Haunt was translated into Spanish under the title Fantasma (Orciny Press). Laura has been a screenwriter for various award-winning films, including Jesus Freak and the little death. Her debut feature as writer/director, Boned, won “Best Micro-Budget Feature” at the Toronto Independent Film Festival and is currently distributed through Gravitas Ventures (available on demand). Her latest book, Angel Meat, a collection of her short stories, is available through Fungasm Press. To promote it, she created the “Bahr Crawl,” a string of readings across the U.S. and overseas where local authors join her in a celebration of the spoken word.

She lives with her sweetheart and two lovely felines in Los Angeles, CA, where she teaches at a school for twice-exceptional students.

You can follow her on social media and at lauraleebahr.com 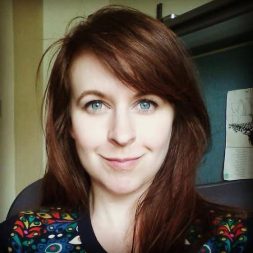 Jane Ridgeway is a fiction writer born and raised in Seattle, now a journalist and teacher in Silicon Valley. Her work is forthcoming from Volt Books in fall 2017, in the Cover Stories anthology. She has a BA from Wellesley College and an MFA in fiction from the University of Oregon. She has taught creative writing and literature at universities and prep schools in Oregon, California and Hawai’i. Jane has received awards, grants and fellowships from the ACT Young Playwrights Program, the Johanna Mankiewicz Davis Prize, the Vermont Studio Center and the Margaret McBride Lehrman Foundation.