Gwen Mullins is an essayist, novelist, and short story writer. Her work has appeared or is forthcoming in African American Review, The Bitter Southerner, PANK, The New Guard, Sixfold, descant (Frank O’Connor Award), Green Mountains Review, Numéro Cinq, and Social Justice Anthologies, among others. Gwen is currently working on her second novel as well as a short story collection. She holds an MFA from Vermont College of Fine Arts, and she works at the University of Tennessee at Chattanooga as a writing consultant and tutoring coordinator. www.gwenmullins.com 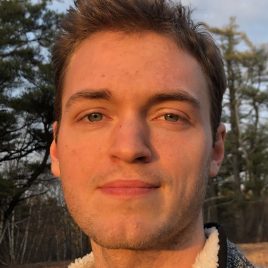 Spencer Huffman is a playwright, actor, and director based in Chicago. His plays include: The Baseball Gods, When We Were Little, Shine Down On Us, The Swamp Play, Like Some Deep Booming, The Vastness of the North, and If Only We Were Ghosts. His plays have earned finalist and semi-finalist nominations from The National Playwrights Conference, American Stage’s 21st Century Voices New Play Festival, Landing Theatre Co. New American Voices Festival, and Southwest Theatre Production’s Rising Artists Playwriting Competition, among others. His plays have received staged readings from Broken Bell Reads (Chicago, IL), Three Cat Productions (Chicago, IL), and Relative Theatrics (Laramie, WY). He has been a writer-in-residence at The Millay Colony and The Marble House Project. As a director, Spencer’s work includes site-specific, guerilla productions of Jerusalem by Jez Butterworth, Bug by Tracy Letts, and Aaslt by Duncan McLean and Pol Heyvaert. Spencer graduated from the School at Steppenwolf in 2019. BA: Kenyon College. 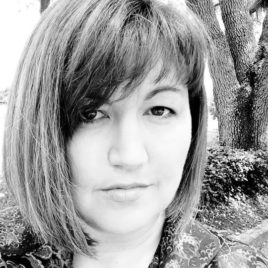 Tanya Grae is the debut author of Undol  (YesYes Books, 2019), a National Poetry Series finalist. Her awards include the Florida Book Award, a Kingsbury Fellowship, the Academy of American Poets Prize, and the Tennessee Williams Poetry Prize, selected by Yusef Komunyakaa. Her poems and essays appear in American Poetry Review, Ploughshares, AGNI, Prairie Schooner, Missouri Review, Massachusetts Review, and elsewhere. She lives in Tallahassee and is currently a PhD candidate at Florida State University. Find out more at  www.tanyagrae.com