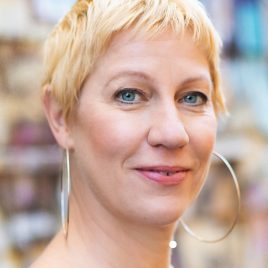 Jennifer Worley is the author of Neon Girls: A Stripper’s Education in Protest and Power(HarperCollins, 2020), a memoir about her work as a peep-show dancer, union organizer, and instigator of the successful stripper takeover of San Francisco’s Lusty Lady Theater. For its exploration of sex, labor struggles, and feminism, Neon Girls was named an NPR Best Book of 2020 and earned starred reviews in Kirkus and Library Journal. Jenny also authored and led a popular bicycle tour/street theater play in which audiences cycled among the sites of San Francisco’s bygone and extant red-light districts and brothels, where they watched costumed docents bring to life the secret history of San Francisco’s infamous madams, parlor girls, fan-dancers, and drag artists. Her documentary film about the project, Sex on Wheels has screened at festivals and universities worldwide. Jenny’s writing on sex work and LGBT history and literary culture has been featured in Bitch, Captive Genders, Invisible Suburbs, the Queerist, Journal of the History of Sexuality, and on PRI’s Outright Radio. Currently at work on a memoir/manifesto about women’s resistance to reproductive norms and maternal mandates, Jenny teaches English at City College of San Francisco, grows her own tomatoes, and has won prizes for writing, swimming, mechanical bull riding, and euchre.

There will be no writer-in-residence at the Kerouac House during the winter residency period. 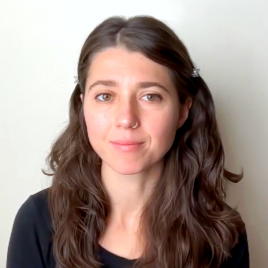 Joy Baglio is a speculative-literary fiction writer living in Northampton, MA. Her short stories have appeared in journals such as The Missouri Review, Tin House, American Short Fiction, Conjunctions, The Iowa Review, Gulf Coast, TriQuarterly, and The Fairy Tale Review, among others, and she’s received scholarships, fellowships, and grants from The Elizabeth George Foundation, Yaddo, Bread Loaf Writers’ Conference, Sewanee Writers’ Conference, Vermont Studio Center, The Speculative Literature Foundation, and Martha’s Vineyard Institute of Creative Writing. Joy holds an MFA from The New School and is the founder of the literary arts organization Pioneer Valley Writers’ Workshop. She is at work on a collection of short stories and a centuries-spanning novel about ghosts. Find her online at www.JoyBaglio.com and follow her on Twitter @JoyBaglio.

Dizz Tate is a fiction writer currently living in London, after growing up in Orlando. She has had short fiction published in The Stinging Fly, The Tangerine, Dazed, and No Tokens Journal amongst others. She won the Bristol short story prize in 2018 and was long listed for the Sunday Times Short Story Award in 2020. Her pamphlet of stories, Nowhere to Go but Back Again, was published by Goldsmiths Press in 2019. Her first novel, Brutes, will be published by Faber and Catapult in early 2023.